“Comparison is toxic; competition is healthy.”

Comparison, being the competition of the image of self (ego, as a conception to oneself is only able to be perceived through the perceived ego of another) with another image of self (other) through the former image’s perception; Competition being the comparison of the work done from the ego and another (other), ultimately inseparable from the ego(s), but more detached and objective – therefore results in a smaller chance of hurt to one’s ego.

If an individual’s image of self is constructed from the perspective of more than one ego (insert any arbitrary group-mind construct), any perceived injustices done against this group affects the image of self. Although this is a good step towards constructing one’s own ego from the perspective of the universe/singularity (in other words uniting subject with object); one cannot stagnate in any gradient of this scale. Oftentimes an individual whom has done a fairly good job of uniting their subject with object, forgets how to perceive themselves through group-constructs and so on.. concluding that they are the most unique snowflake in the world, belonging everywhere and therefore belonging nowhere.

This is rather tedious to type up as the nature of the ego has been covered time and time again in journal posts and essays, ironically, further supporting the necessity of switching one’s perspective by its cardinal/quintessental reference (the other).

Unfortunately, the more often positive feedback is perceived to characterize any given group-construct, the easier it is for the ego to keep using this construct to define itself, supporting the illusion of the ego and using the group-construct to reinforce it.

Group-constructs, and social constructs in general, all have their basis in the most fundamental appearances of nature. Hence the ego’s quick denial of the inexistence of itself – it identifies with a construct and because of the internal logic supporting the existence of this construct in nature, assumes that its existence is self-evident due to its selfness perceiving the evident connection between itself and nature. 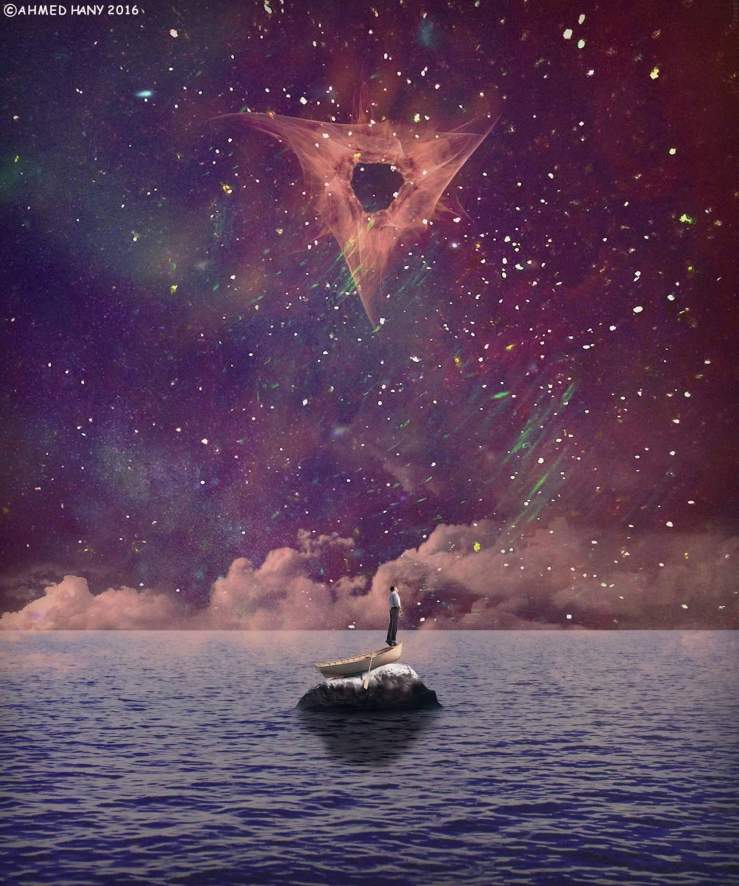 And now, a brief essay in four parts on the continuation of Sorrow through the vicarious curiosity of the Martian rover Curiosity, whom celebrates the most loneliest birthday in the galaxy every year by singing itself “Happy Birthday.”

29. For I am divided for love’s sake, for the chance of union.
30. This is the creation of the world, that the pain of division is as nothing, and the joy of dissolution all.
31. For these fools of men and their woes care not thou at all! They feel little; what is, is balanced by weak joys; but ye are my chosen ones.

We are conscious and because of our consciousness, we believe we are separate from the universe. This illusion of separation is what brings all suffering. The answer to the question of why we are conscious instead of being like the rover, is because we are both creation (of the universe and ourselves) and creator (of ourselves and the universe).

The “Child” is like the rover, the “Woman” is the scientist, and the “Man” is just the scientist before he reached his potential to become a scientist.

Antepenultimately, “creation” is only a word for Change. Humans are the result of a change in the universe, and we grow up to change ourselves and the universe.

Penultimately, “change” is only the appearance of change. Forms change, but the substance remains.

Ultimately, “substance” is the totality of existence, which includes non-existence.

27. …O Nuit, continuous one of Heaven, let it be ever thus; that men speak not of Thee as One but as None; and let them speak not of thee at all, since thou art continuous!
28. None, breathed the light, faint & faery, of the stars, and two.