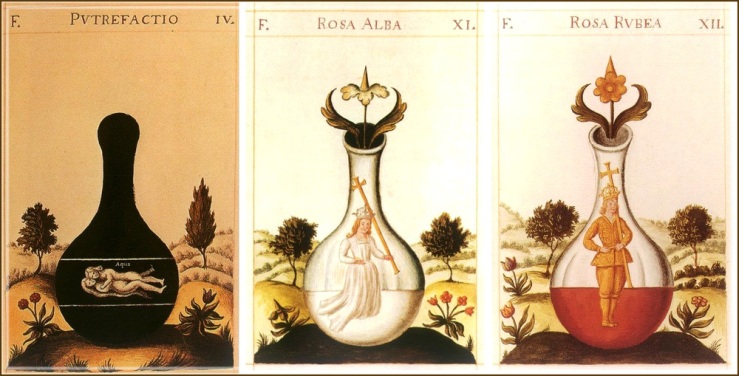 The eating of flesh is the ultimate death of the flesh; the more mentally equivalent the being, the closer in proximity to one’s own ego-death- to consume is to be consumed by the macrocosm; the sacrifice/value previous apparent to the ego becomes assimilated.

Eat thyself; to eat is to die. Complete banishing. Supreme invokation; the mutual pleasure that arises, the arousal of death in its most permanent and irrevocable form- must pass through the conscious mind; and with the conscious denial, ‘intentional forgetting’ of purpose (done automatically through sexual excitement; as reason holds no power here) the subconscious is free to explore.

Food and the experience of it, in respect of death is the common example in Ancient Greek philosophies; true Epicureanism, hedonism, Joys of which influence one’s consciousness and lead one to taste the Abyss; an apriori function of the human psyche- but few can last, without having done the work.

That which touches the foundation, and activates one’s love, sets the momentum to dwell within the City of Pyramids.

Yet, without acknowledgement, use, and the mastering of one’s own limbs, one cannot project the full potential and sharing of the experience. Rely on thyself; there is much to do, as it never ends; flux is life.

Those who have died and chose to live are unphased not just because of self preservation (after knowledge, there is no-such-thing) but because of the momentum of the Universal Will; thou hast no right but to do thy Will; the enjoyment of deaths align with unity in a much larger scale. And there be no fear, as all is Love and recognized incarnations thereof. The Light is the veil which surrounds Naught; as Limitless Light, limitless anything is Naught.

Get your limited edition copy of The Brazen Serpent now. This seminal new book of Thelemic Qabalah by the author of the Alephnull429 blog is available at www.nephilimpress.com.
Get an autographed copy for the same price by mailing us here!